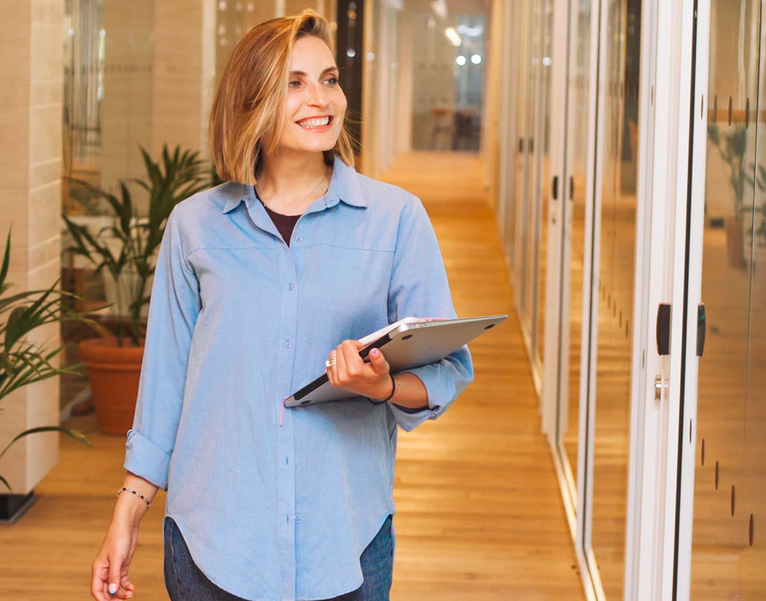 If your goal is to move up in your career, the best way is to be back in the office – not working from home.

Early on during the pandemic, Apple CEO Tim Cook complained that what he missed the most when people worked from home is “serendipity” – the creative ideas that sparked when people ran into each other in the office hallway, at the coffee machine, or in meetings.

People have gotten so used to working from home, that here in Hollywood and Silicon Valley as well, film studios and tech companies are still struggling with how to motivate their employees back to the office. Elon Musk has been more direct. He stated that Tesla employees should start working from the office at least 40 hours a week or “pretend to work somewhere else.”

It’s a challenge for many leaders, and particularly in larger cities like Houston, of­fice at­tendance is still down almost 20% from before the pandemic. Los Angeles has dropped 21%, while New York and Bos­ton are both down 32%.

But while we all love working from home – there’s a key reason everyone – especially younger employees – should go back to the office, and quick:

As Edward Glaeser, Chairman of Harvard’s economics department said in a recent issue of the Wall Street Journal, in-person work is vital in the early stages of a career. “This es­sen­tial learn­ing com­po­nent is valu­able and cru­cial for work­ers who are young. The sort of young peo­ple who don’t want to come back to the of­fice don’t re­ally know what they’ve missed.” They think that the ex­pe­rience of “work­ing from a Star­bucks is all there is, and that they’re hav­ing just as much ca­reer de­vel­op­ment as they would have if they were sur­rounded by men­tors.”

But the article confirms they aren’t doing as well. He cites a study that finds re­mote work­ers face “a 50% re­duc­tion in their prob­a­bil­ity of be­ing pro­moted.”

The key is being seen while mentoring and engaging with co-workers and senior leaders. Sure working from home is nice, but who’s watching your performance? I’m not talking about being micromanaged, I’m talking about learning, being mentored, sharpening your skill, and impressing the boss with the quality of your work.

Like it or not, the research confirms that getting back to the office is the best way to boost your career. Making presentations, leading meetings, randomly engaging with co-workers, discussing ideas with leaders and more, will help you rise far more quickly than working from your home office or spare bedroom.

And even Zoom meetings can’t make that happen…

How to get a book published: A timeline from making your dream a reality

How to succeed as a Christian woman in business