The Damage of Showing Up Late – Even a Little… 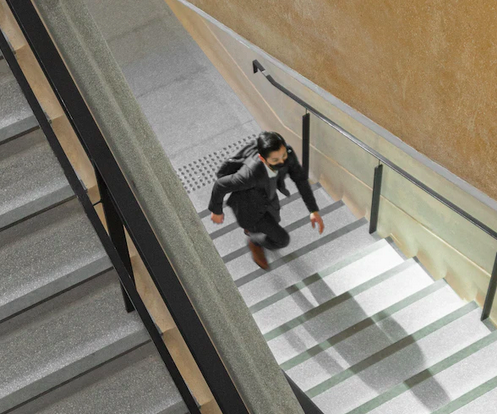 I met a producer the other day who was really frustrated. He doesn’t perform well at meetings, he continually gets turned down for jobs, and his career is suffering. I met with him because I know he’s talented, has great energy, and good people skills. I was baffled at what his problem might be until he showed up for our meeting….late.

For some reason, I couldn’t get his being late off my mind so I started to probe. I found out that being late for things is pretty much a constant in his life. He won’t admit it of course, but I started to ask around, and sure enough – others had the same experience as me.

The opportunity came up for me to go with him to a meeting, so I took it and observed him very closely. Here’s what transpired:

He was late picking me up, so I asked him what happened. He said he wanted to get plenty of rest, so he slept late as he could, which admittedly threw him off his schedule. Then, just as he was walking out the door, he remembered he needed to make a couple of quick phone calls. Then, he cleaned up a bit around his apartment. Then, he decided to “just quickly” organize his desk. I asked if doing all that was a good idea before such an important meeting. He said it wasn’t a problem, that he’d get there fine, and it was good he got those things out of the way.

All of those things may have been legit, but here’s what they did:

1) While rushing around doing all those less important tasks, he didn’t have any time in the morning to think about his meeting, get in the right mind-set, and consider what he would accomplish. So he really wasn’t prepared.

2) The later he got, the more frantic he got. He almost forgot to pick me up, then he drove like a crazy person (which made his emotional state worse).

3) In the car, I tried to discuss the upcoming meeting, but he was too flustered. He snapped at me – mostly because he was embarrassed.

4) He engaged in what we call “magical thinking.” Because one day about 3 years ago, it only took 25 minutes to get to the meeting, he somehow still thinks that way – in spite of more traffic, the rush hour, and the possibility of delays. I knew there was no way we could get there in 25 minutes, and I was right.

So sure enough, we walked in late. He did his normal song and dance, but the executive was offended because we had disrespected the value of his time. Plus, in my friend’s flustered mind-set, he didn’t perform well at all. Add to that the shorter time he had to pitch his project because of being late, and the executive’s other schedule commitments.

The bottom line? Being late does more damage than you think. It tells the other person you don’t value their time, doesn’t allow you space to get your thoughts together, and hurts your performance.

I told all this to my friend, but did he listen?  Absolutely not. He refuses to consider it. Which is fine with me. We can’t change everybody, and some people will never change.

I wonder how many jobs he’ll have to lose before being late gets his attention.